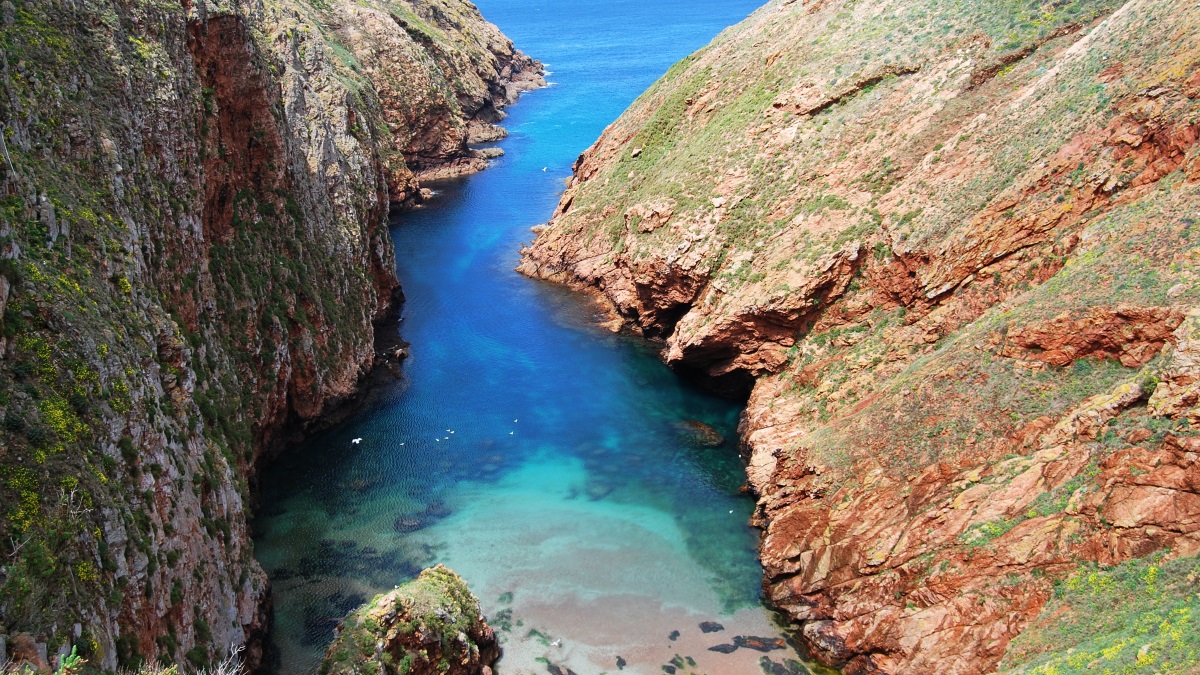 The coastal landscape of Peniche is monumental and aesthetically attractive and is deeply marked by a singular geodiversity. There are several places with geological interest in which stands out the Berlengas Archipelago. Its geological landscape is characterized by differentiated lithology that is not comparable with other places of the Iberian Massif, both in composition and age, as well in the deformation of rocks. Besides its natural and singular beauty, this archipelago has high scientific, educational and cultural interest to the school community and to the general public.

The Berlengas archipelago is located about 10 km W off Peniche Peninsula and is characterized by various types of rocks. It consists of three groups of small islands and islets, with Berlenga Island being the largest. About 1.7 km W of Berlenga is the Estelas and 6.5 km NNW, the Farilhões and Forcadas.

The rocks that outcrop in the Berlengas archipelago are witnesses of the complex geodynamic that planet Earth has been suffering and the evolution cycles of opening and closing oceans. Indeed, the ages of the magmatic rocks in the metamorphic lithology of Farilhões and Forcadas are estimated to be less than 420 Ma and about 300 Ma for the Berlengas granite, which suggests that we are in the presence of a long and ancient history associated with the evolution of the earth, first in the Neoproterozoic and later in the Palaeozoic.

The exotic land that constitutes the Berlengas archipelago was part of the supercontinent Pangaea, a single landmass that existed in the late Palaeozoic, and was part of the massif Iberian Variscan. After the formation of Pangaea it starts breaking down with the opening of oceans, including the Atlantic Ocean. This ocean opened from south to north by riftogenesis and initiated the separation of the African continent from South America, progressing with the apart of the European mainland from North America. In this context, characterized by stretching of the upper crust, tectonic structures developed in "piano keys" being then responsible for raising and lowering blocks of land constrained by geological faults. In the region of Peniche, the blocks containing the Berlengas archipelago and the limestone that outcrops in the Peniche peninsula were recognized as uplifted. The areas occupied by the sea between Berlengas and Cabo Carvoeiro and the sandy tombolo developed between Peniche and Atouguia da Baleia, were recognized as lowered blocks.