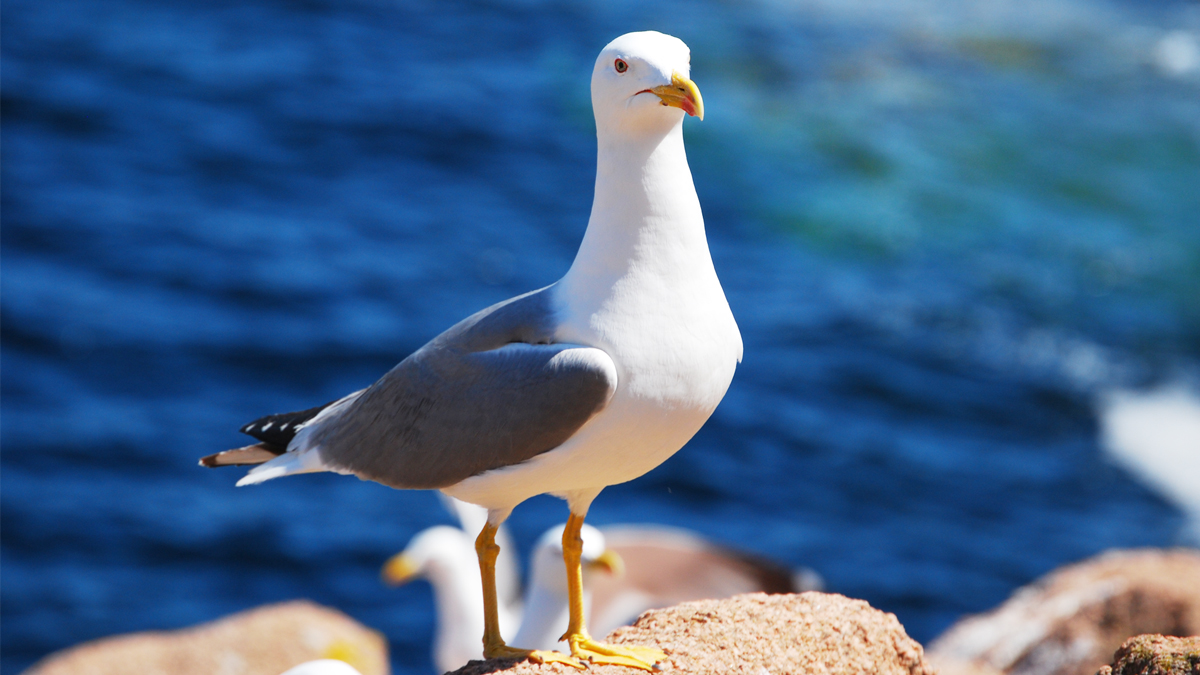 In Portugal, the yellow legged gull nests on the mainland, in Berlengas, and in almost all the islands and islets of Azores and Madeira. It is present throughout much of continental coastlines, especially from the Carvoeiro Cape to the Eastern Algarve, often on rocky coastline and urban areas, occurring occasionally inland. Most of the population is quite sedentary, however, some young birds ringed on the island of Berlenga were observed in the United Kingdom, France, Spain and Morocco. At sea, this gull has a markedly coastal distribution, usually not flying away to waters beyond the continental shelf.

The Berlengas breeding colony is one of the largest in Europe and, in recent decades, the population increased from about 5000 breeding pairs to 45000 individuals (in 1994). This dramatic increase is related with the adaptive, opportunistic and gregarious nature of these gulls, associated with the excellent conditions for breeding in Berlengas, namely the high food availability, easily obtained in the landfills along the coast of Leiria and Lisboa, and close to the fishing vessels and fishing ports. These conditions allowed the species to become superabundant in Berlengas. The high number of yellow legged gulls on the island led to the need for human intervention to control the population numbers, in order to avoid the degradation of Berlengas ecosystem. The high density of yellow-legged-gulls results in the modification of the chemical parameters of the soil, due to the excessive nitrification from their faeces. In the case of the Berlengas Thrift, and endemic plant from Berlengas, gulls use them to lay their eggs, resulting in its death. Moreover, gulls are very generalist birds that prey on Berlengas wall lizard and even on the young of other seabird species. The LIFE project intends to create exclusion zones for yellow-legged gulls in Berlenga Island, with the aim of increasing distribution of native plants. In addition to the negative impacts on Berlengas biodiversity, yellow-legged gulls frequently use farmlands, fishing ports and urban areas, contributing to the potential of conflict with human activities.